Using Modified Target Language in Class: When & Why 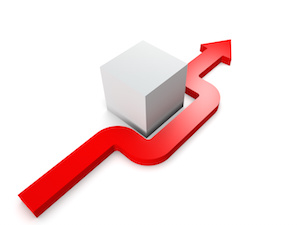 I teach Spanish for specific purposes, and I teach a high percentage of beginning level students who are also adult learners.

I don’t know about you, but I’m always trying to stay in the target language as much as possible when I’m teaching; I assume you do too. We do this because we know that comprehensible input is crucial to student learning. It’s super important, but a real challenge when my beginning students are at such a basic level that they are just getting introduced to the verbs “to be” in Spanish.

Seriously, a good percentage of my students maybe only know the words hola, burrito & cerveza when they start classes with me. I modify the language I use in class because I want to give them as much Spanish as possible, but I also want it to be comprehensible.

There are many things that I need to communicate to my students that I know (without the shadow of a doubt) won’t connect in the target language if I say them naturally. It might be a quick quip or joke to capitalize on a funny moment and liven the atmosphere, or it could be an instruction for something I’d like them to do. I run a really student-centered class, and I make sure to always have them involved in identifying their practical application for the language they’re learning with me, so they’re always getting instructions from me to work in small groups or collaborate on something, etc. I also have limited contact time with my adult learners, I might have 30hrs in a semester. So I have limited time with classes full of basic learners. If I had 60+ hours with my students over the course of a semester, I could be a little less intense, and take a more “natural approach”. But, I don’t, so I have to be really intentional about the input that I give them to maximize effectiveness of a short class.

Over the years, I’ve naturally settled into the practice of using some modified target language with my students. The amount and level of modification adjusts with the proficiency level of class, but the principles I use to identify what to modify and what not to modify remain the same. This modification of the target language applies mostly to my beginning level classes. I use very little modified target language in intermediate and advanced level courses – they don’t need it, and it may even hold them back.

Below is a common sense approach to the use of modified target language in the beginning classroom. If you are skeptical, Jamilla Boulima wrote an interesting piece years ago on the effectiveness of simplifying your speech to increase student comprehension titled Negotiated Interaction in Target Language Classroom Discourse.

Modified Target Language in the classroom:

Purpose: Use modified target language as a way to orally give comprehensible input when the natural way of expressing the message is too complex for your learner.

Using modified syntax: I’m no expert in other languages, but sometimes the order of words in Spanish can throw the beginning student off. For some of my adult students, the simple inversion of noun and adjective from English to Spanish seems like the most confusing thing on earth. If it’s not a structure or concept that I’m actively trying to teach, I’m usually quick to make an adjustment after I see blank stares in response to the natural syntax. For example, there are some common medical acronyms that come up in my classes which tend to be confusing at first. MRI in English is now IRM in Spanish, HIV is VIH. My students might find it helpful to hear or see IRM and VIH elaborated in English syntax so they connect with the term. Once the connection is made, there’s no problem to use the natural acronym from then on. But a quick adjustment in the moment, helps the student stay on track, and not be distracted by a term that they feel others understood that they didn’t.

Using modified vocabulary: If the vocabulary word in question isn’t a part of the target vocabulary that we’re working on at the moment, I have no problem using an anglicized term to improve student comprehension. Simple example: to say the word park in Spanish you could use the anglicized term parquearse or the natural term estacionarse. Why complicate things for your student when the real purpose of your lesson is something besides the verb “to park”?

Using modified grammar complexity: The subjunctive mood in Spanish is a fertile field of opportunity to modify your language to better fit your beginning student. Let’s say your classroom instruction is something like “I want you to form groups of 3 and…”. This is going to require the subjunctive if you want to say it naturally. Additionally, your students may not know the word quiero if they weren’t around during the age of Yo quiero Taco Bell commercials. In lieu of saying something grammatically incorrect to students in the language (which I can’t bring myself to do – especially if I’m writing something out), I’ll just simplify the message to be something more like: “You need to form groups of 3 and…” This helps the student in several ways: it doesn’t require subjunctive, necesita is a much closer cognate to “need” than quiero is to “want”, and it’s actually pretty comprehensible with some basic hand gestures.

Use of English: The first 3 modifications above seem pretty common sense to me. I really had to think through the use of English before I could whole-heartedly embrace it. I use English for the terms I know that my level of student won’t understand; but I use it sparingly. I try to do everything in the target language except for that term (advanced verb tense, obscure vocabulary word, etc). I end up embedding that English term within the target language message. A possible example from my Beginning 1 Medical Spanish classes:

By the 3rd hour of our class, we are talking feelings and emotions connected with the verb estar. I might say and gesture: yo estoy muy cansado using 100% target language and everyone gets it. It’s easy to do in Spanish after the basic verb estar has been introduced. If they don’t know cansado yet, all I have to do is mime it and let them see the word written somewhere (on my projectables maybe). Everything is perfect, right? Nope… some student will know the word “why” and will ask the question ¿Por qué?. Of course I want to engage the student, this is exactly what we want in class, natural conversation.

I can’t really answer in any comprehensible way Porque yo no dormí bien anoche (because I didn’t sleep well last night) – it doesn’t connect with everyone. Because I’m heavy on gestures and miming – I usually get 75% of my beginning level class to understand the answer in natural context. However, for that other 25%, if I take it one step further I can reach 100% comprehension. What if, after you gave the natural answer, you said Porque yo no dormí, “sleep”, muy bien anoche. You say both terms dormí and sleep while you’re miming the sleeping action. This reinforces yo as I, connects no in the native syntax of Spanish, reinforces muy bien, and clarifies dormí.

It’s not natural to insert English here, but it’s definitely not a scandalous approach. I frequently use this tactic with past tenses, primarily if we haven’t even gotten to present tense verbs yet. If we have gotten to present tense verbs, they at least are familiar with the root and can usually make sense of things. You can use this approach in several situations: with vocabulary that has no cognate connection and isn’t effective to mime or gesture, with advanced grammar concepts that you know they won’t understand (and that you actually would rather they not obsess about), etc.

Modifying the target language is a way to stay in the target language as much as possible without frustrating the student. I love a 100% immersion classroom, but I think it only works well at the right proficiency level. The risk with an immersion type classroom for lower levels is that the beginning level student can get lost quickly and frequently, which increases anxiety. I think it’s additionally hard for me because when I’m in immersion mode, I’m definitely not in anglicized/modified language mode. When I’m giving 100% Spanish in my advanced and interpreter training courses, I’m thinking at a different linguistic level than my beginning students are able to process – my mind is working as if I’m in a natural conversation – like the ones I have while I’m abroad in Costa Rica. Maybe you can do it, but it’s hard for me to give low level modified target language when I’m operating in an language immersion mindset.

Common target language modifications I tend to use in Spanish:

When I intentionally don’t use modified target language:

Modifying the target language is a helpful classroom tactic to employ if you want to limit the amount of English you speak in your beginning level language class. It’s a tool that you want to use sparingly – because if you overuse it, you’re probably limiting the advancements your students make over the long run. But it’s like like a breath of fresh air to your anxious student in class; anything I can do to help them calm down and focus on the objectives of the moment I think is helpful to them.

When & how do you use modified target language in your classes? Comment below…

Posted on: April 16, 2015
Rory is passionate about the Spanish language, an expert instructor, and specifically energized by the practical use of language in industry & community settings.
226 posts E-mail Website
Post author 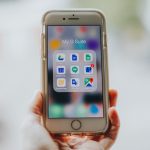 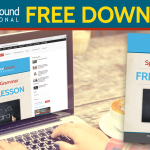