And you thought that Christmas and Navidad were basically the same thing!

A large majority of the Spanish-speaking population around the world celebrates Navidad (in lieu of Hanukkah or Kwanzaa) – but for many it is a very different celebration that what  you might expect.  It turns out that your Christmas traditions might be more culture-specific than you think!

Certainly there are other variations in Christmas traditions between North Americans and Central & South Americans, but in this post we will discuss 3 big ones:

Las Posadas is a 9-day tradition (remembering 9 months of pregnancy) that remembers and reenacts that night in Bethlehem when Mary and Joseph were looking for a place to stay and there was no room for them anywhere in town except that humble stable.  Una Posada is an inn or lodge in Spanish.  And if you’re pidiendo posada, you’re looking for a place to stay – lodging.

Las Posadas is celebrated by Spanish speakers in Spain and all over Latin America. Neighbors get together every evening in the streets and form a procession while singing and knocking on neighbor’s doors.  Each neighbor answers their door and turns them away until the final house realizes that they are the holy family and accepts them in with excitement. Conveniently, this is the house in the neighborhood that is hosting the party as well.

Christmas eve is the final Posada reenactment which is followed by midnight  mass and Christmas on the next day.

Good YouTube video for the Posadas Song sung during the reenactment (video and lyrics in Spanish): 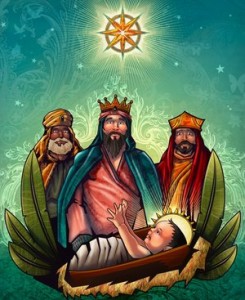 El día de los 3 Reyes Magos is celebrated on January 6th every year.  This is the traditional gift giving time both in Spain and Latin America, and coincides with the idea that the 3 Wise Men came to worship baby Jesus and give him gifts after he was born.

The Santa Claus tradition is gaining ground of course, and there is currently a shift in culture to celebrate Christmas day instead of 3 Reyes, but 3 Reyes is still central to the Christmas holiday in Spanish speaking countries.  Much like North American children writing letters to Santa, children in Spain and Latin America write letters to the 3 Wise Men, or their favorite one: Gaspar, Melchor, or Baltasar.

What do you eat at your Christmas dinner?  Maybe turkey, ham, prime rib, lamb?  All throughout Central and South America, people eat tamales.  North and south of the tropics, tamales tend to be wrapped in corn husks, but in the tropics they’re wrapped in banana leaves.

Posted on: December 20, 2012
Rory is passionate about the Spanish language, an expert instructor, and specifically energized by the practical use of language in industry & community settings.
237 posts E-mail Website
Post author 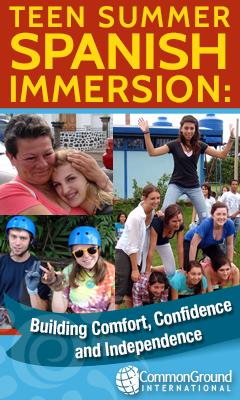