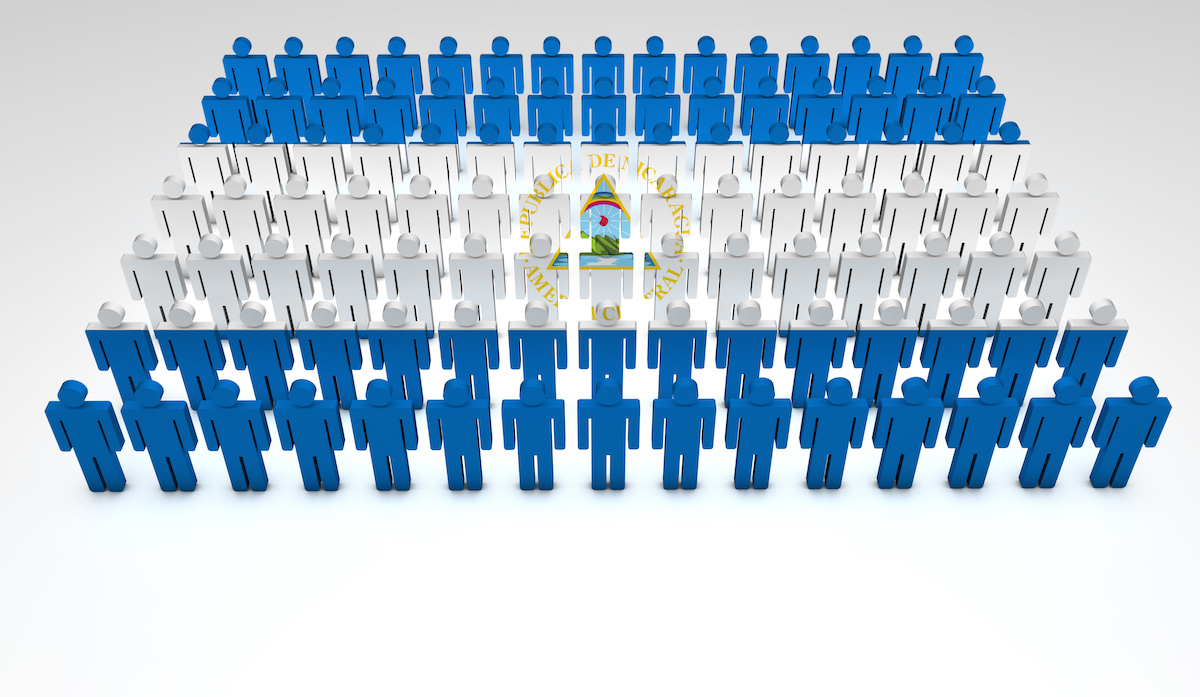 On April 18th, 2018 the Nicaraguan people stopped acquiescing to the oppression from their government and broke their silence in peaceful protest.

The tipping point for the Nicaraguan people was a social security tax increase. Employees were to pay .75% more per month and employers were to pay 3.5% more. In Nicaragua, Social Security taxes primarily fund retirees’ pension system.

Even though Nicaraguans have a constitutional right to free speech and peaceful protests, the government has always been adept at “quieting” protests. This is textbook oppression. Their leader has even been quite successful at “quieting” political opponents over the years. This time the government chose to “quiet” the protests by discrediting them and employing faux protestors to be violent in their “protest” and employing counter-protestors to react so that the official police wasn’t to blame.

After about two months of unrest, reports are that nearly 170 protestors have been killed, and many more are injured or missing. Buildings have been burned, streets are blocked, businesses are closed, and of course the tourism industry that had been growing by double digits over the last several years has totally collapsed. Local NGOs and missionary organizations have left due to increased violence. The situation is so unpredictable right now that even the Peace Corps has left. The decline in tourism, road blockades, and violence from pro-government thugs have essentially stopped the economy. This has left everyday hard-working Nicaraguans in crisis while they peacefully fight for their rights to free speech, honest elections, etc.

Why is CGI involved in this when there are so many examples of oppressive governments doing worse things to their people around the world? The short answer is because it’s personal. In 2014, CGI was feeling like we needed to expand our Spanish immersion offerings beyond Costa Rica, so we took a scouting trip to Nicaragua in the hopes of finding some partners that we could work with and communities that needed help. We vetted language schools and host families for our programs, and began looking for partners to collaborate with on a community outreach level.

One of the first people we met was Charles Kaye, a missionary from the US and the founder and director of El Puente church and the Granada Christian Education Center (GCEC). He shared his plans for a school in one of the poorest neighborhoods of Granada with us. It would be a school that would give disadvantaged children a private-school education for about $2/month (pennies on the dollar of the real cost of educating them). We loved his vision and wanted to be a part of it immediately. After we met his team of 3 American couples and the local leadership they were training, we began with a needs assessment survey in the community and have been working with them ever since to meet community needs and support their presence and reputation in the Pantanal community.

We also met a woman named April Havlin who we made fast friends and community outreach partners with. She founded and continues to run the House of Hope (HOH), a residential vocational rehab facility for women and their children who have been entrapped in sex work in Managua (she has a center in Honduras with the same mission as well). We’ve partnered with her Nicaraguan facility. At any given time in Nicaragua, they have about 20 women and their children living on their campus and completing a 5-year rehabilitation process which finishes with a mini-grant, a micro-business & a modest home to live in as they embark on their new lives out of sexual slavery. Additionally, on Tuesday mornings they bus in approximately 200 – 300 women and girls from Managua for their Tuesday Morning jewelry making events. This Tuesday morning program gives these women and girls a reprieve from the dark realities of their life in Managua, it opens their eyes to the possibility of earning a living outside of sex work, while providing additional income, spiritual guidance and emotional solace.

We love the work that these two organizations engage in on a day to day, week to week and year to year basis. We love the work because they each focus on long-term community, family and individual development instead of ongoing temporary relief for their respective communities. The work they do results in generational change, change that helps them cycle up out of poverty and oppression. I recorded a video lesson and wrote a post on the differences between relief and development when working with individuals and communities, and each of these organizations embody responsible interventions in their communities. During this crisis, CGI is sponsoring a matching donation during the first two weeks of July.

Of course their work requires resources to sustain. Both HOH and GCEC rely heavily on revenue generated from groups they receive (from the USA) to support their community development. Since the violence broke out in Nicaragua, 100% of scheduled groups have cancelled their travel plans (including CGI Spanish Immersion Programs). Not only that, but the entities that oversee the work that Charles and April (and their teams) do, have required them to return to the USA as well while the socio-political instability plays itself out. Thankfully both GCEC and HOH have been mindful from the very beginning to invest in training local leaders to lead each of their organizations. So, currently the GCEC and HOH have a solid infrastructure in place to continue the community development work they’re doing amidst the crisis that the country finds itself in, but they lack the resources to keep the work going.

Common Ground is committed to helping both organizations and we want to invite our community to help as well. Each organization is working hard to continue their daily and weekly routines as best as possible in spite of the continued unrest. This is what we feel is the best way for us to contribute because we’re supporting an infrastructure that already has a plan in place, an established connection to the community in need, and accountability for its long-term effectiveness. This is why we’re offering a matching donation during the first two weeks of July, please consider giving.

Over a year ago April passed the daily management responsibilities of HOH over to a local woman (who is a former graduate). So the residential women at HOH continue with their therapies and daily activities, and the Tuesday morning program continues to meet when the roads out of Managua aren’t blocked. The biggest change for HOH Is that there are no groups visiting to take their jewelry items back to the states to sell in schools, churches, workplaces, etc. April has requested that we share a few links with you:

Similarly, the GCEC and El Puente have been gradually transitioning to local leadership under the mentoring of Charles and his team. The church has been pastored by a local man named Rafael for more than a year. The school, GCEC, has always been staffed with local licensed teachers but during this transition time, some of the staff and church members have stepped up to take on additional administrative roles while being coached from a distance. We’ve heard reports that during this time of unrest, school attendance is still at 90%. We can’t think of a better way to provide stability and normalcy for children than to have them continue to learn at school.

The challenge that GCEC is facing now is similar to HOH’s challenge. During the USA’s summer break they routinely receive groups to help with classroom building materials (local unemployed men actually do the work) and running their sports outreach camps for at-risk teens (drugs and petty theft mostly). During my conversation the other day with Sarah (Charles’ wife) she mentioned that they’re trying to figure out how to build their next classroom for the new school year starting in January (they build one classroom per year as their school is growing) so that they can continue to allow a new batch of pre-school students to start as the current batch of children move up a grade. Previously a classroom building was budgeted at $25,000 USD, but now with less availability of building materials, they’re expecting that school room to cost between $30,000 and $35,000. Money they had set aside for their classroom construction has been repurposed to support salaries of the teachers, hire additional security people to guard the facility during these violent protests, provide food for people in need, etc. The current events in Nicaragua are more than a little bump in the road for the GCEC. Charles and his team have asked that people consider making a donation to fund the rest of their operations in 2018 and set them on the right path for the 2019 school year.

Common Ground International (basically the Foster Family) is donating as well to both HOH and GCEC. We are giving a $5k matching donation across both organizations. Here is how you can partner with us:

Please thoughtfully consider generously giving to HOH and/or GCEC between now and Sunday July 15th (just about 2 weeks) so that your gift is doubled by our matching donation. We’ve put a timeframe on our matching donation because these organizations need funds imminently.

When you give online (or purchase with HOH), make sure that you include Common Ground in your order note so that we can track your gifts and match them accordingly.

? Thank you for taking the time to read this update and consider partnering with us in supporting these two great organizations ?

Posted on: June 26, 2018
Rory is passionate about the Spanish language, an expert instructor, and specifically energized by the practical use of language in industry & community settings.
257 posts E-mail Website
Post author 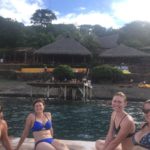 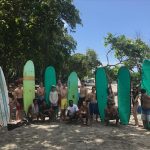 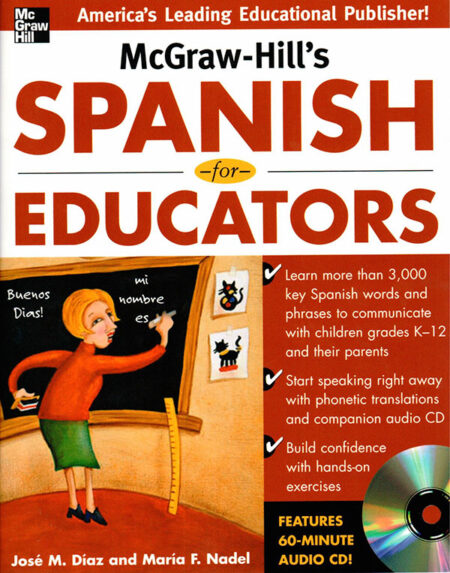 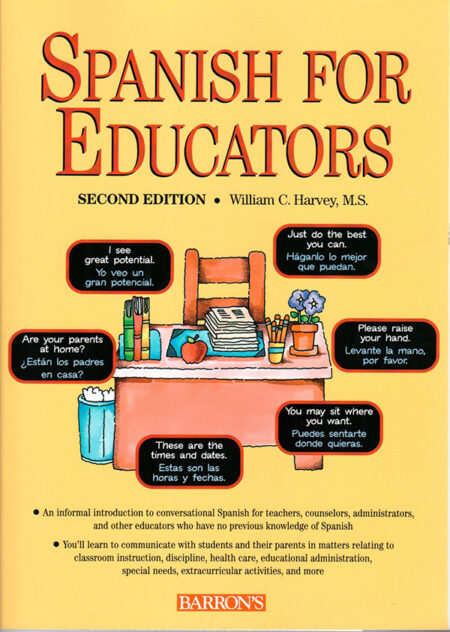 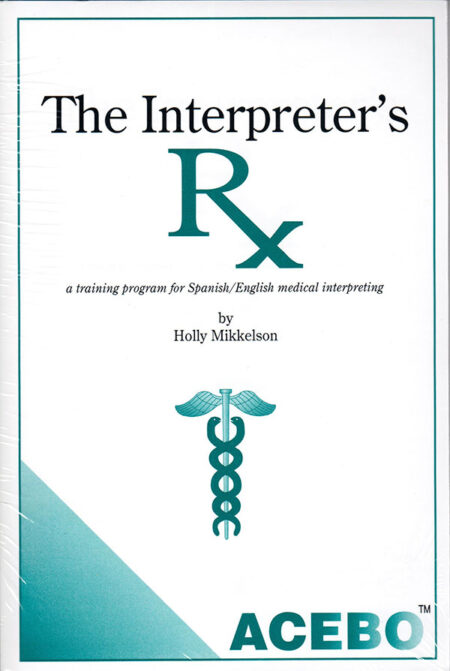 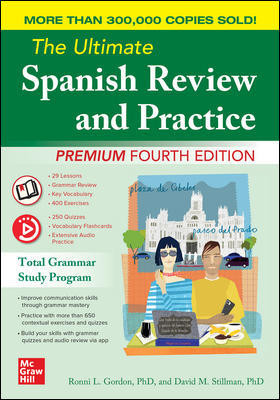