Using English Pronouns as Subjects, Objects, and to Show Possession

Pronouns are words we use to take the place of nouns. A pronoun can do everything a noun can do. It can be used as the subject or object in a sentence. It can also show possession, or ownership. A noun, however, never changes, no matter how it is used in a sentence. A pronoun does change. In this posting I show you how to use pronouns as the subject of a sentence, and as an object. In addition, I show you how to use a pronoun to show possession.Finally, I show you how to use possessive adjectives and possessive nouns. There will be many example sentences. The download at the end will give you more practice using these skills.

Here is the lesson I taught on using English pronouns as the subject of a sentence:

The following pronouns are called subject pronouns. They can also be called personal pronouns. The are always used as the subject of a sentence.

Pronouns can be used as direct or indirect objects in as sentence, or as objects of a preposition.

We can also use pronouns to show that something belongs to us or to someone else.

Whose car is this?  It’s mine.

Whose sister is this? Hers. Mine lives in another state.

Whose father are you? His. That boy is my son.

We can show possession with nouns by adding and ‘s ( or just an apostrophe of the noun ends with an s).

I saw Carlos’ new car. Whose car did you see?  Carlos’.

This is the dog’s bone. Whose bone is this? The dog’s.

Adjectives are not pronouns, but possessive adjectives can show ownership in the same way that pronouns do. They come right before a noun or adjective in a sentence.

We can combine pronouns and possessive adjectives to show subjects, objects, and possession. Below are some example sentences using all of these. 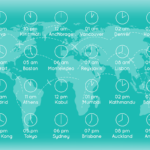 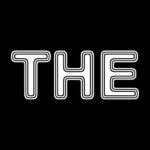 $300.00 – $1,020.00
Select options
Using Pronouns in English Lesson Download
We use cookies to ensure that we give you the best experience on our website. If you continue to use this site we will assume that you are happy with it.Ok