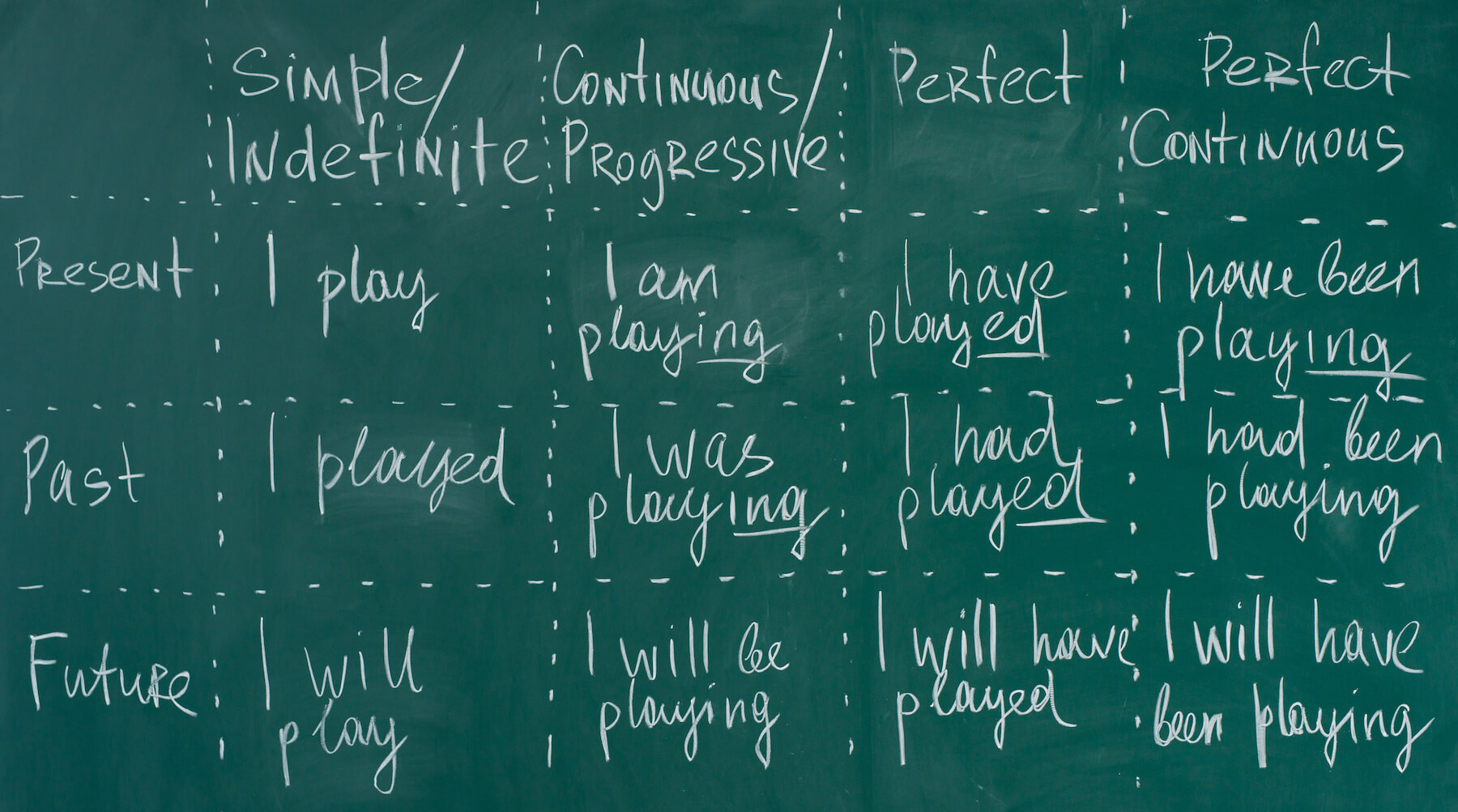 English has many tenses, including the simple, continuous, and perfect tenses. These tenses exist in the present, past, and future. In this posting I talk about how to use all theses tenses, how they are similar, and how they are different. There will be many example sentences. It it important to note that in both conversation and writing, we use the simple tenses most often. The download at the end will give you additional practice using the simple, continuous, and perfect tenses in English.

We will look at the simple, continuous, and perfect tenses in the present. We use the simple present most often.

We use the simple present to talk about habits and routines we do over and over again.

I go to work every morning.  I don’t go to the park.

Every Tuesday they eat in a restaurant.  Joe doesn’t go with them.

We also use the simple present to talk about facts or give information.

Carlos works downtown.  He doesn’t work in an office.

The United States has a president. It doesn’t have  a king.

The present continuous shows us what is happening right now. It may not be the same as what you do every day.

Right now she is eating breakfast. She isn’t driving her car.

The present perfect (have/has + the past participle) talks about an action that started in the past, but the action is not yet finished. The action is continuing into the present.

I have worked as a secretary  for 8 years.

I have never worked as a banker.

This includes my whole life up until now.

Have you ever seen the Statue of Liberty?

This includes your entire life up until now.

We can also talk about the past using simple, continuous, and perfect tenses. We use the simple past most often.

The simple past talks about and action that happened in the past and is now finished. It is not going on now.

I lived in California for 10 years.

This was in the past. I no longer live in California.

I didn’t live in Texas.

The simple past is also used to give us facts or information about the past.

Abraham Lincoln was the 16th president of the United States.

Alaska once belonged to Russia.

While I was living in California, and earthquake struck.

I was living in California over a period of time (past continuous). During that time, there was an earthquake (simple past).

I wasn’t living in California when the city of Paradise burned down.

When I left work, it was raining.

It has raining over time (past continuous). During the rainstorm, I left work (simple past).

It wasn’t snowing when I left work.

I had already finished eating when she arrived at my house.

First I finished eating (past perfect). Then she arrived at my house (simple past).

I had not yet gone to bed (when she arrived at my house).

The United States had been independent for many years when World War 1 began.

First the United States was an independent country. Then World War 1 started.

We use the simple future more often than the continuous or perfect tenses inn the future.

We use the simple future to talk about or predict an action that has not yet happened. However, we expect it to happen in the future.

Tomorrow my son will graduate from high school.  He won’t go to college.

My aunt is going to move to a new house in two weeks. She isn’t going to leave Denver.

This is the formula for the future continuous:

subject + will be + ing form of the verb

I will be traveling.

I will be traveling when you get to work tomorrow.

Neither event has happened yet. However, first I will be traveling (future continuous). My travels will continue over time. Then you will get to work (simple present).

I won’t be drinking coffee when you get to work tomorrow.

We do not use the future perfect very often in English. This is how you form it:

subject + will have + past participle of the verb

They will have worked.

I will have worked at my job for 2 years when you join our company.

Neither of these events have happened yet. However, I have worked at the company for nearly two years, and I still work there, so that is the earlier action (future continuous). The later action is that you will join the company (simple present).

I won’t have worked there 3 years (when you join us). 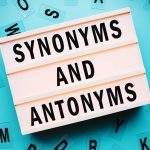 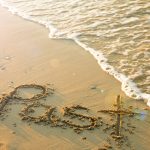 3 responses to “Simple, Continuous, and Perfect Tenses in English”

The idiom of the day above, “to smell a rat” has a typo and reads “to SMALL a rat”.

It’s amazing. I would like regulary to recive somethings about English grammer and in general everything about English from you. Thank you so much !