What are interrogative pronouns?

The interrogative pronouns who and whom

The interrogative pronoun who can function as the subject of a sentence. The formula we us is who + verb.

Who took my car? I don’t know. Maybe it’s been stolen.

Who told you a lie?  My sister did.

Who can also function as an object. The formula we use is who+ do/does/did + subject + base form of the verb

Who did you invite to dinner?

(You is the subject, did invite is the verb, and who is the direct object.)  My co-worker and her husband.

The interrogative pronoun whom is always an object. We use the formula whom + do/does/ did + subject + base form of the verb

Whom did you see at the mall?

(You is the subject, did see is the verb, and whom is the direct object.)  My next door neighbors.

The word whom is considered very formal English. Native speaker do no use it often, especially in conversation. Many native speakers of English do not know the difference between who and whom! Remember, who can be a subject or an object, but whom is always an object. We can say either,”Who did you talk to?” or “Whom did you talk to?” However, we must say “Who called you?” We can’t say “Whom called you?”

The interrogative pronoun what

The interrogative pronoun what is a word we use for a thing or things. It can be the subject of a sentence. here is the formula we use: what + verb.

What happened?  I got into an accident.

Sometimes what can function as an object. When that happens we use the following formula: what + do/does/did + subject + base form of the verb

What does he want?  I think he just wants a cup of coffee.

The word what can also function as an adjective when asking a question.

What math class did you sign up for next semester?  I’m going to take calculus.

The interrogative pronoun which

The interrogative pronoun which is similar to what. However, it can refer to both things and people, and it can be either singular or plural. Which always involves a choice between two or more alternatives. Which may be the subject of a sentence. Use this formula: which + verb.

Which is you sister, the blonde or the brunette?  The blonde. The brunette is my cousin.

Which is your favorite, football, tennis, or basketball?  It’s football for me!

Which can also be an object. Use this formula when which is an object: which + do/does/did + subject + base form of the verb.

Which did he choose, coffee or tea?  He chose tea.

Which do you prefer, Tom Hanks or Matt Damon?  I like them both, but I think I prefer Tom Hanks.

Finally, which can function as an adjective while asking a question.

Which sport to you like better, basketball or football?  I prefer basketball.

Which one is your brother, the tall or the short man?  The tall one.

The interrogative pronoun whose

Whose refers to a person. It implies possession. It means,” Who owns this object?,” or “Who does this thing belong to? It is often the subject of a sentence.  This is the formula we use the whose is a subject: whose + be verb + pronoun

Whose are these? (This means, ” Who owns these things?“) They belong to my brothers.

Whose can also function as an adjective when used to ask a question.

Whose car is that?  It’s my mother’s.

Whose dogs are these?  One belongs to my uncle and the other to my cousin.

Be careful. It is easy to confuse whose with who’s. They have very different meanings. Whose is an interrogative pronoun that implies possession. Who’s is a contraction for who is. Look at the following sentences.

Whose hat is this?

This means who owns this hat.  It’s hers. It would not make sense to say “Who is hat is this?”

Who’s at the door?

This means, ” What person is at the door?”  It’s a salesman .It would not make sense to say, “Who owns to the person at the door?

Interrogative pronouns with the word ever

You can tell whoever you want about it, I don’t care.

This means you can tell anyone. It’s OK with me.

2. whomever—Whomever did you see yesterday?

This means I am surprised at whom you may have seen.

She can tell whomever she wants. It doesn’t matter to me.

This means that I have no idea what you are doing, but I really want to know!

You can do whatever you want.

This means that I don’t care what you do.

4. Whichever—Whichever one do you want?

This means that I have no idea which one you want, but you need to chose something.

You can choose whichever one you want.

They’re all the same to me.

You now know the five interrogative pronouns, who, whom, what, which, and whose. We use these pronouns to ask questions. They stand for the unknown information that the sentence asks about. Who, what, and which can be subjects, objects, or adjectives. Whom is always an object. It is considered very formal English, and we don’t use it very often. Whose can be a subject or an adjective. We can add ever to who, whom, what, or which to add emphasis or to make a statement. The download will give you additional practice using interrogative pronouns. 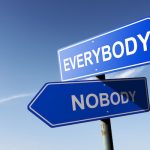 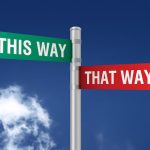 One response to “Interrogative Pronouns in English–Pronouns that Ask Questions”

“The word what can also function as an adjective when asking a question.”

Incorrect. The word ‘what’ can be a pronoun OR a determiner.

Determiners are followed by a noun. Pronouns stand alone.

Determiners do not describe nouns. Determiners give other information about nouns such as which one, whose, where, and how many.