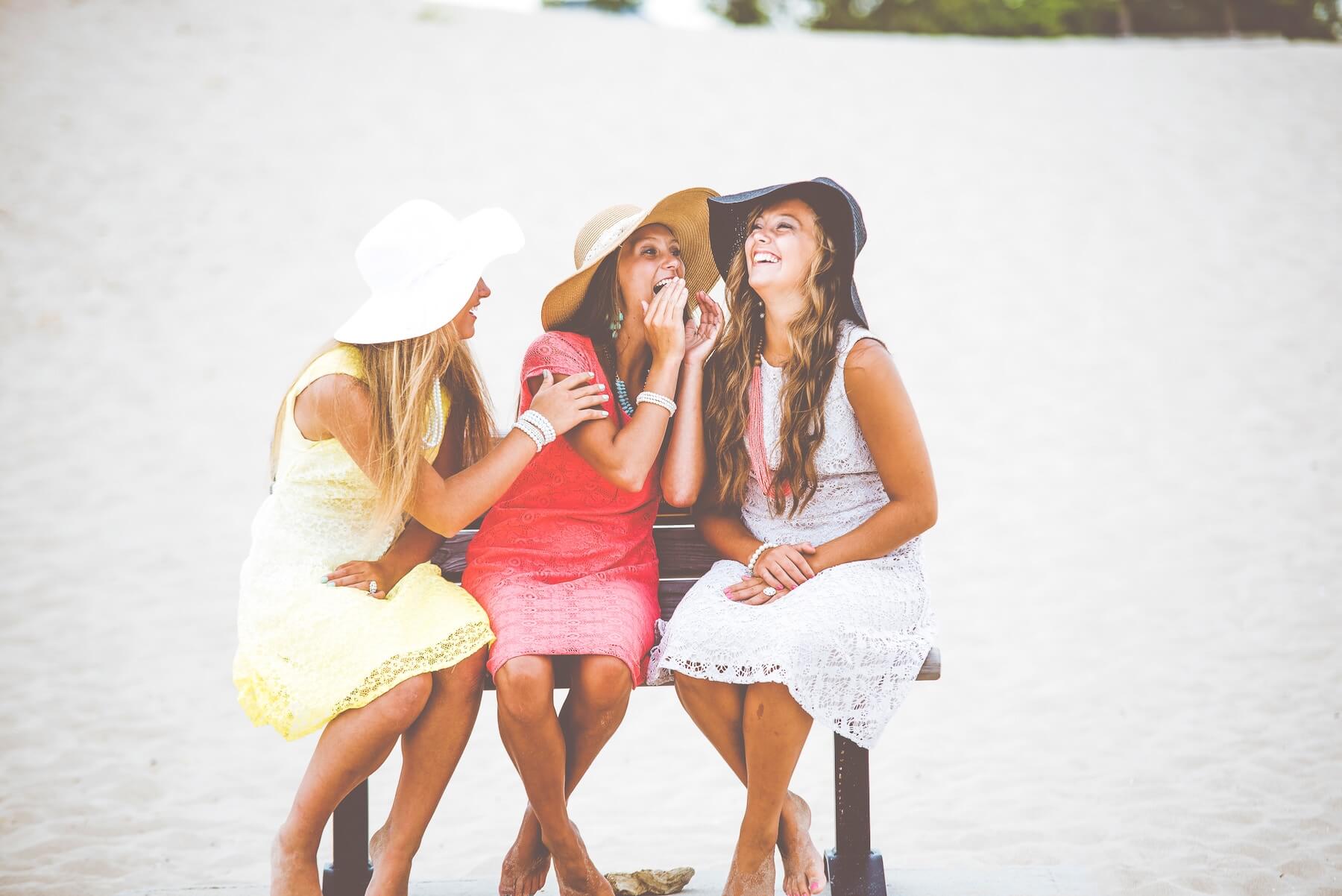 Small talk is a big deal! Conversational Spanish topics that are sure to get people talking.

Don’t let yourself be at a loss for words when you’re on Spanish Immersion!

You likely selected a program with host family lodging because you recognize the linguistic and cultural value of interacting with people in their home – and you really want to learn all you can while you’re on immersion. It’s important to realize that healthy chit-chat with your host family actually builds confianza– this idea of trust that engenders peoples’ willingness to open up to you, create a deeper friendship, and discuss the things that are dear to them. So…. you’re headed back to your host family and you’re not quite sure what else there is to talk about. You feel like you’ve covered the basics and you’re stuck; you need help avoiding the uncomfortable silence.

Conversational Topics for Children: ***Disclaimer*** – Most children don’t make for great conversationalists – especially with people they don’t know. I have 3 children, and sometimes I look at them and wonder how bouncing, smiling, draping themselves over me like a wet towel, or just silently smiling are appropriate responses to an adult trying to start up a conversation with them – but they’re kids. So, if my children get the chance to travel with you, you may or may not have success with any of the topics below :-). If you can find a child who will talk to you, try these topics on them:

In all honesty, trying to build your conversational Spanish with children is probably a limited venture if you approach it topically. Your best bet to get kids talking is to play with them. As soon as you enter their physical sport or imaginative world, you’ll be best buddies and you’ll have tons of Spanish conversation!

There are some Conversational Spanish topics you’ll want to avoid until you’ve built up some confianza with your host family.

It’s not that people don’t talk about these things, it just takes getting to know people a little more before you’ll really be able to get anywhere with the topic. Work the topics above as much as you can, and after a few weeks you may be able to broach these Spanish conversational topics below:

Small talk between people in Latin America is a great way to establish the foundation for deep relationships. Yes it takes getting over your discomfort with conversational Spanish, but you’ll be surprised at how much your conversational Spanish skills increase when you make the intentional effort to practice speaking in Spanish. The additional benefit, of course, is the connection you establish with other people in your social circle while traveling.

Remember, when you keep talking people know what you’re thinking – and that puts them at ease. If you stay quiet, they won’t know what you’re thinking and will probably invent some perspectives about who you are and what you think. While you’re on Spanish immersion you want to guarantee that you’re getting the most out of it as possible – so keep talking and before you know it  you’ll be a great Spanish conversationalist!

Posted on: July 11, 2014
Rory is passionate about the Spanish language, an expert instructor, and specifically energized by the practical use of language in industry & community settings.
256 posts E-mail Website
Post author 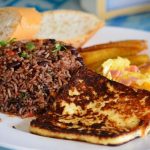 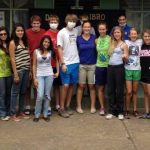 Thank you for the topics. I will do a bit of research on each and practices some Spanish phrases on the topics.

Thank you so much for the conversation topic suggestions. These are helpful to know where to start, and I also really appreciated the section about how it is better to avoid talking about work at the beginning as this is something I could have seen myself asking without thinking about how it could create discomfort in a conversation. Thanks!

I’m looking forward to getting to know my host family using these subjects!

I absolutely love the idea of helping my host mom cook in the kitchen while conversing in Spanish! I think this is such a great way to practice my conversational Spanish while also being helpful to my host family and bonding with my host mom.

I am a little bit nervous that I have to keep talking because I am a lot of times a pretty quiet person.

Thanks very useful! talking about weekend plans will be my go too.

I am really happy I know what topics to avoid, so that I do not offend my host family. 🙂

I didn’t realize that asking about profession was a private topic, and I am glad I read this article! I find myself asking my patients what they do for work all the time, because it usually reveals what they are passionate about creating more dialogue .

Rethinking my request to be in a family with small children now. When I was an exchange student in high school, my host siblings were 3 & 8 years old. I found it forced me to communicate because they were naturally inquisitive and talkative but that may not be the case everywhere. The bottom line is that it’s really up to me.

Thank you for the tips on using the “20 years ago” topic, I really like that! I used something similar when I travelled to Spain and my Spanish mom was able to describe and show me pictures of the country before, during and after the Franco years.
I also like the tip of how to avoid making unintentional advances to the opposite sex. I know the can vary greatly among different countries.

These are very helpful and I will be definitely practicing the vocabulary for all these topics! Getting real!!!!

Small talk and quick conversation with kids is gonna be easy peasy because I talk to my spanish friends in spanish a lot but i probably need to work on my conversational skills with adults.

These are great tips! A perfect example of how different and exciting the world around us can be!

Thanks! This is very helpful. As a soccer player who follows the sport quite closely, I think that will be a great conversation starter for me

Great ideas! I work with children daily and I hope there are some in my host family to play and talk with.

I am a novice Spanish speaker so I appreciated the tip on delaying the conversation about work with my host family until I’ve become more proficient.

I look forward to trying these tips!

I’m really gala this article was included because I was nervous about what to talk about. Thank you !

These conversation starters will be very helpful with my host family!

I love kids and I’m hoping by playing with them I can have more opportunities to practice my Spanish with them. Especially since it seems less intimidating to practice with kids than with adults.

I was worried about awkward silence, so this helps a lot!

These are very helpful and they will definitely help me when i am trying to start conversations!

I was worried about small talk topics so this really helped me!

I LOVE the topics for kids! These will be very helpful!

these are great conversation starters that could really help me make new friends and such. they’ll be great to use with my host family as well.

Very helpful for starting up conversations in an easy way.

These topics of conversation are so helpful! Thank you and I will definitely be using these!

These conversational topics will be helpful for me because it is hard for me to start up conversations with people especially if I do not know them.

I really enjoyed reading this section. The list of conversation topics was really good for me to think about and motivates me to learn a bit more about soccer and read up on Costa Rican national events prior to my trip. I am not a super chatty person to begin with, but these type of conversations are the reason I am doing an immersion program so I am going for chattyness!

I hope to use these conversation starters while with my host family and at school.

These conversation starters are very helpful and will be very useful in my host family as well as at school.

Thanks for the conversation starters because that it is something that I struggle with. I’m hoping to use the cooking one and maybe bring back a new recipe or two to try at home.

I like the idea of asking about nice places to visit in the country and what it was like 20 years ago. It could be a great conversation starting to discuss similarities and maybe some differences between Costa Rica an where I am from.

I am excited to use these tips to build relationships with my host family and confidence in my speaking ability.

I don’t tend to be chatty and like to talk about work way too much. One thing that has worked for me is to ask what a person does for fun on the weekend or what they like to do with leisure time. The only problem for me in some settings is that the third world has little experience with leisure.

This list is great because I feel that speaking in Spanish even about such small talk topics will only help advance my confidence in speaking the language. I think that many people can tell that I am not comfortable in speaking Spanish and I find that they try to help me communicate which is extremely helpful!

The list is helpful because I don’t “chit chat” well, even in English. Maybe it will help me in both languages!

This is helpful and will help me to have something to talk about with others in Spanish.

I’m excited to try out these conversation topics with my host family!

I need to start trying to get some vocal. in these areas. Right now all I know are medical terms!

Very helpful and great reminder that I will as much out of it as I put into it!

Things to think about

Very re-assuring and helpful. thank you!

These lists are very helpful. Just reaffirms the things you need to know. Thank you!

These lists will be an excellent starting point for my collection of practiced conversation starters!