How to Compare in English: More vs Most, Good – Better, Best, etc using the Comparative and Superlative in English 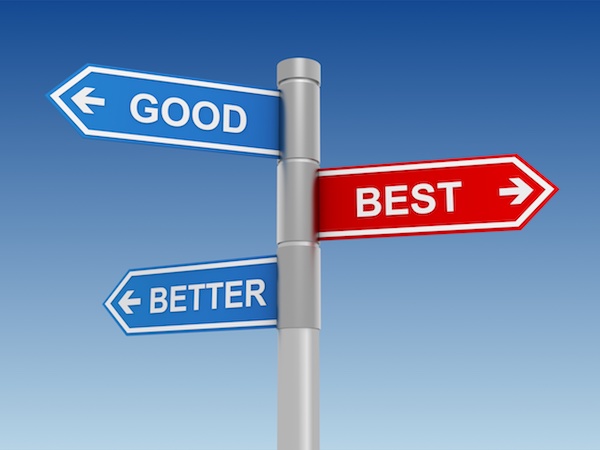 Here is the video lesson on Comparing in English:

How to compare using the comparative

When we compare two people, places, or things, one is often older, larger, or more expensive than the other. We use the comparative with an adjective to describe these two things. Here is the formula we use when the adjective is a short word–only one or two syllables:

Sara is prettier than her sister.

New York is larger than Denver.

A house is smaller than on office building.

If the adjective is a longer word–three or more syllables, use the following formula:

Robert is more intelligent than Joseph.

London is a more expensive city than Denver.

We can also add the word much for emphasis.

My parents are much older than yours.

My classes last semester were much more interesting than my classes this semester.

Some exceptions when we compare two things.

Here are a few exceptions when we use the comparative to compare two things:

Going to Disneyland is better than going to the dentist.

My friend and I both failed the test, but I did worse than she did.

I live farther from Chicago than from Nebraska.

fun–more fun than (even though fun has only one syllable)

Asking a question when we need to compare two things

Use the following formula when ask a question and need to compare two things. This formula is for a sentence with a short adjective:

Who is taller, Bob of Bill?  Bill is taller.

. Note, we don’t need to add “than Bob” because we already know which two people we are talking about.

We use this formula when we compare two things and have a longer adjective:

Which city is more populated, Tokyo or Ft. Collins?

How to compare using the superlative

When we compare three or more people, places, or things, one is usually the biggest, the oldest, or the most interesting one. When we compare in this way, we use the superlative. Use this formula when comparing three or more things and a short (one syllable) adjective:

My wife is the prettiest woman in the world.

Denver is the largest city in Colorado.

For longer adjectives (three or more syllables), use this formula:

He is the most intelligent man I have ever met.

Paris is the most beautiful city in Europe.

Love is the most important thing you can give a child.

Isle Royale is the least visited national park in the United States.

Sometimes we compare things in the plural. For example, we know that there are many large cities in the world. Mexico City is one large city among many. It is only one city. It may not be the largest city in the world, but we know it is larger than many big cities. This is the formula we use:


Tokyo is one of the largest cities in the world.

. Note, we are comparing Tokyo to all the large cities in the world.

The lion is one of the most beautiful animals in the zoo.

. Note, we are comparing the lion to all the animals in the zoo.

Some exceptions when we compare using the superlative

Here are some exceptions when we use the superlative to compare three or more things:

This is the best vacation I have ever taken!

This is the worst cold I have ever had!

Norway is the farthest north that I have ever traveled.

We went to the rodeo, and it was the most fun we ever had!

When we compare and need to ask a question using the superlative, use one of these formulas:

Who is the nicest worker in the office?

Which bank is the best bank to work for?

The First National Bank. they treat you well.

Wh word + the most + adjective

Which animal is the most frightening one in the jungle? Probably the hyena.

Who is one of the prettiest girls in Colorado?

My girlfriend, of course!

Which team is one of the most popular football teams in the NFL?

I’d have to day it’s the Broncos.

How to compare when all things are equal

Sometimes we compare things and find that they are equal. When this happens, we use the following formula:

Jose is as tall as his brother.

This means they are the same height.

Algebra is as difficult as geometry. 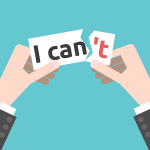