Cognates are words in two more more languages with similar spellings and pronunciations. They also have similar meanings. Some languages, such as French and Spanish, are closely related. These languages have many cognates. Look at the examples for the word “telephone” in French and Spanish: téléphone (French) and teléfono (Spanish).  Spanish and English have many cognates as well. Languages that are very different, such as Chinese and English, have fewer cognates. Today I talk about using cognates to help you understand English. I also talk about some common Spanish/English cognates. Finally, I talk about something called false friends. These are words that look like cognates, but are not. The download will give you some common science and technical cognates in Spanish and English.

You may hear a word in English that is very similar to one in your language. You many wonder, ” Is it a cognate?” Think of the meaning  in your language. Is the English word is used in the same way? Does the meaning that you know make sense? If so, it is probably a cognate. About 30%-40% of  English words have a related word in Spanish. This means that Spanish has many English cognates. In addition, many math, science, and technology terms in other languages have English cognates. Perhaps your native language is very different from English, such as Arabic or Chinese. Even so, you will still find cognates with your language for scientific terms.

Ción and sión in Spanish becomes tion or sion in English.

As you can see, there are many common patterns for English/Spanish cognates. Although there are some differences in spelling and pronunciation, the meanings are very similar. For this reason, when you hear the word for the first time, you can probably understand it.

Sometimes a word may look like a cognate, but it is not. The spelling and the pronunciation may be similar.The meanings, however, are not. We call these words false friends.  Below are some common false friends. I give you the Spanish word first, and then the English word and the English meaning. Finally, I give you and an example sentence.

asistir – assist (to help)  Can you assist me with my homework? Note: We can sometimes use this word in Spanish with the same meaning as in English. For this reason, it is not always considered as a false friend.

bombero (Spanish meaning: fireman) – bomber (an airplane that drops bombs in a war).  My uncle flew a bomber in the Vietnam War.

carpeta (Spanish meaning: folder) – carpet (rug)  I bought a new carpet for my living room floor. Note: in some Spanish speaking countries, this word has the same meaning as in English. Spain and Argentina, for example, use this word in the same way as English.

casualidad (Spanish meaning: coincidence, by chance) – casuality (victim–usually someone who dies)  There have been many American casualties in Iraq.

enviar (Spanish meaning:to send) – envy (to wish you have what someone else has)  I envy my neighbor. He just bought a new car.

éxito (Spanish meaning: success) – exit (the way out)  Can you tell me where the exit is?  I’m ready to leave.

lectura (Spanish: a reading) – lecture ( a conference or a class where the professor talks and the students listen)  My history professor lectures us.

librería (Spanish meaning: bookshop) – library (place where you borrow book). I have to take my books back to the library.

molestar (Spanish meaning: to bother) – molest (to abuse sexually)  She was molested when she got drunk at a party.

pretender (Spanish meaning: to wish/ to seek/ to court) – pretend ( to make believe that something is true)  My son likes to pretend he is Batman.

realizar (Spanish meaning: to perform/ to do/ to carry out) – realize (to understand something)  I realized that I was lost, so I stopped and asked for directions.

ropa (Spanish meaning: clothing) – rope (something you can use to climb or tie around something) At the rodeo, we watched the cowboy rope a horse.

sopa (Spanish meaning: soup) – soap (something you use to wash with)  I put a new bar of soap in the shower.

vaso (Spanish meaning: a glass) – vase (a lace to put cut flowers)  My date brought me flowers, so I filled a vase with water and put them in.

You now know some of the most common English/Spanish cognates. In addition, you now many common cognate patterns. You also know some common false friends. If you are not sure if a new word is a cognate or a false friend, look it up. Otherwise, listen to how it is used. Does it make sense with the meaning you know? If it does, it is probably a cognate. If not, it may be a false friend.  There are many cognates among math, science, and technology words. The download will list some of the more common ones.

Now it’s your turn! I packaged all of this vocabulary into some flashcards for you to study. Test yourself on these cognates in English with the flashcards below: 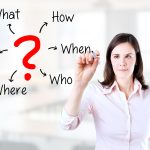 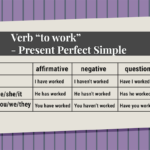