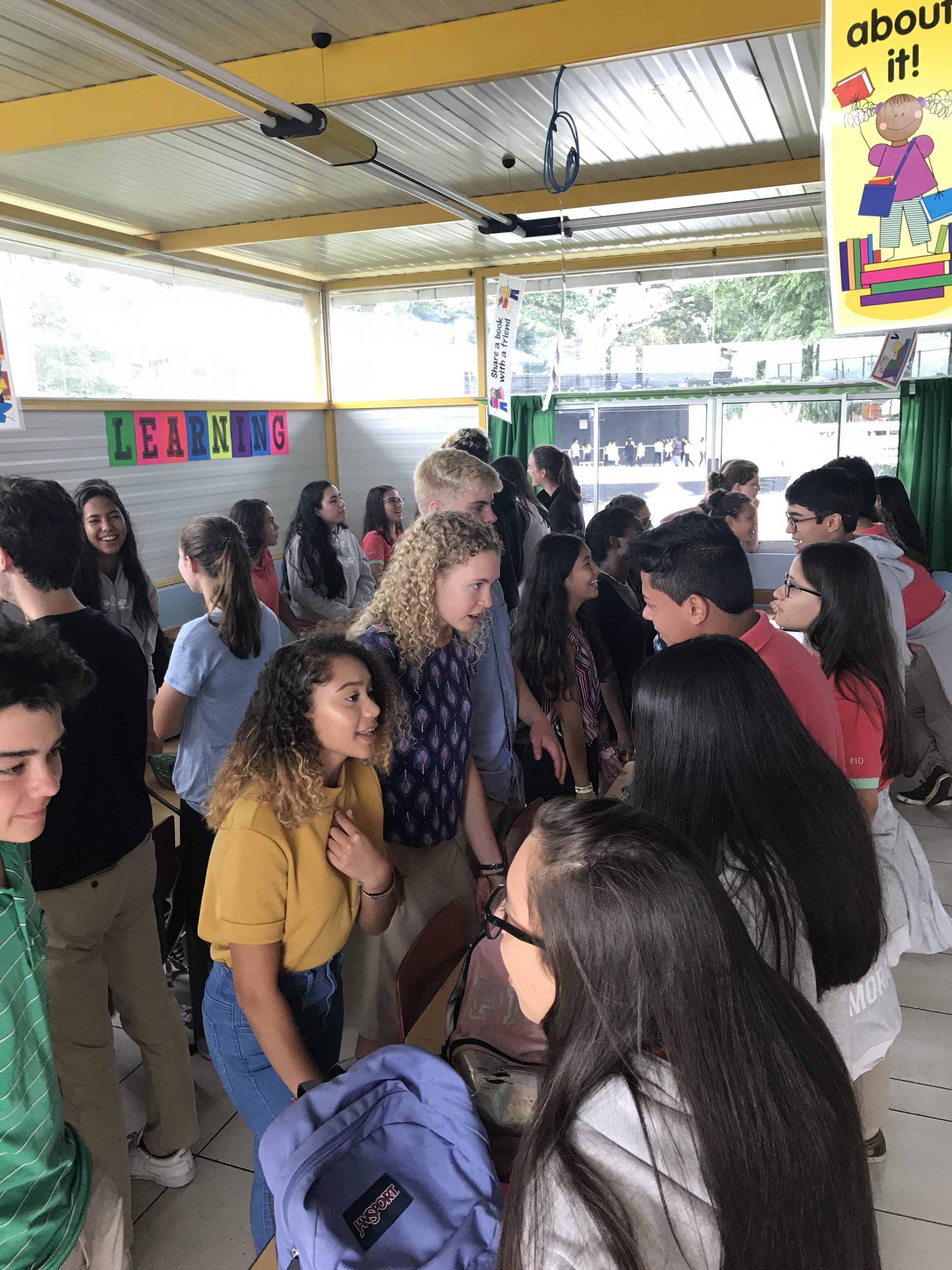 During the third week on immersion, the high school participants visited Kamuk School in Tibás, Costa Rica to participate in a language exchange. This was truly a once in a lifetime experience for our participants.

This was the first year CGI has partnered with Kamuk School to participate in a language exchange. The plan was for the exchange to consist of our high school participants practicing their Spanish while the Kamuk students in English classes would be able to practice their English. Nothing better than practicing the language you’re learning with native speakers!

The day before visiting Kamuk, the students prepped for their language exchange in rotating stations:

-The first station was for students to write a short autobiography to share a bit about themselves with the Costa Rican students.

-The final station was for students to write three questions to ask the Costa Rican students- but not just any questions such as the students’ hobbies or favorite food, color, animal, etc. but questions that would spark and foster a conversation between the two.

With these stations, the students were well prepared for their language exchange! Most of the group was a bit nervous and apprehensive for this experience because they were worried their Spanish levels were not up to par or near the same level as the English levels of the Kamuk students. However, this is a completely normal way to feel during immersion! We all have moments like these while learning and applying a new language in real-life situations and interactions. The important part is that they try and work through it to get over those fears- and this group definitely did!

We took the public bus from Santo Domingo at 7:20 a.m. and arrived at Kamuk around 7:45 a.m. to a very warm reception! One English class and their teacher was there to greet us, which threw all the kids right into speaking Spanish or English. The thing about this language exchange was that the U.S. students would be trying to only speak Spanish, while the Costa Rican students would only be speaking English. So after getting over the initial fear and shyness, everyone began making new friends within the first hour- already exchanging Snapchat and Instagram names with each other. The school had also prepared a short welcome assembly for us with students welcoming us in English, singing both national anthems, and putting on a dance performance for us- such a great way to make us feel so welcomed!

After the assembly, we joined a different English class. The teacher was fantastic and had a few different games and activities planned for all the students. Split into groups consisting of both ticos and gringos, students introduced themselves, talked about where they’re from and their interests- and conversations flowed from there. We heard from a majority of our high school participants that these initial conversations were their favorite parts because they could just have regular conversations with the ticos like they were talking to their friends at home. Once introductions were over, they played a game where the U.S. students had a list of English words that they had to get the Kamuk students to guess and vice versa for the Kamuk students- but each group had to give clues in their non-native language. After that, they had a competition to see which group could come up with the most complete list of cognates between the two languages. 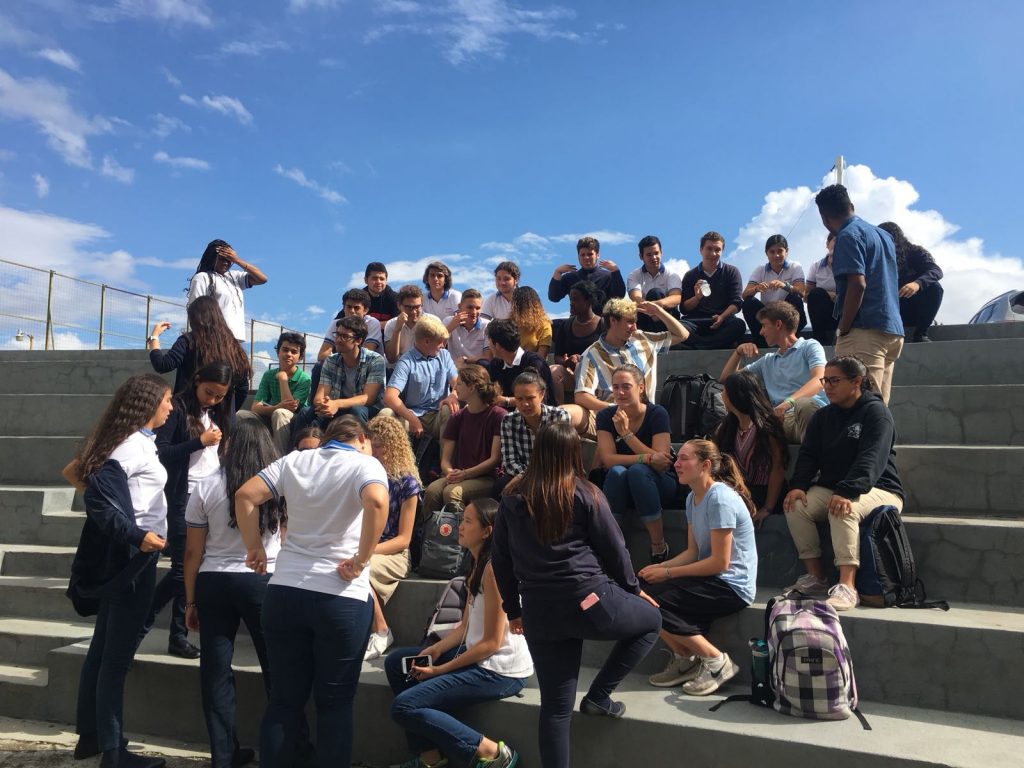 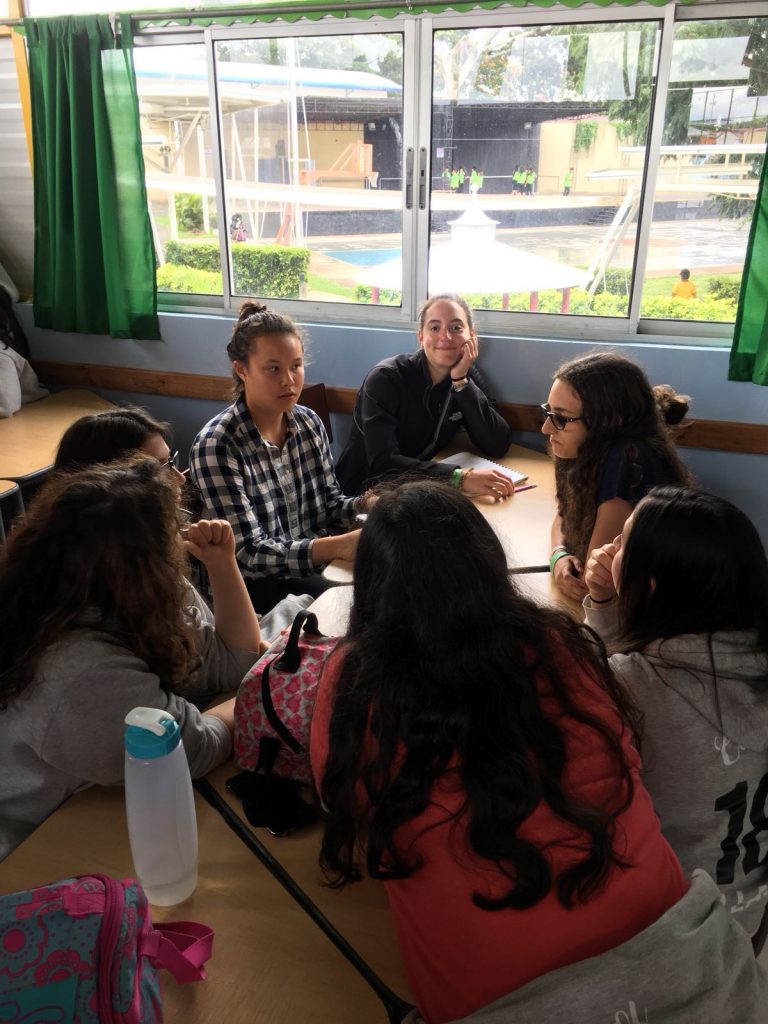 There were supposed to be two more English classes to visit after this, but the teachers never showed (this is where being flexible comes into play during immersion!). So, we improvised and had the kids do a “speed dating” activity where for one minute, students discussed their responses to a question we posed them in one language, then after the minute was up, they switched people and discussed the same question, but in the other language. 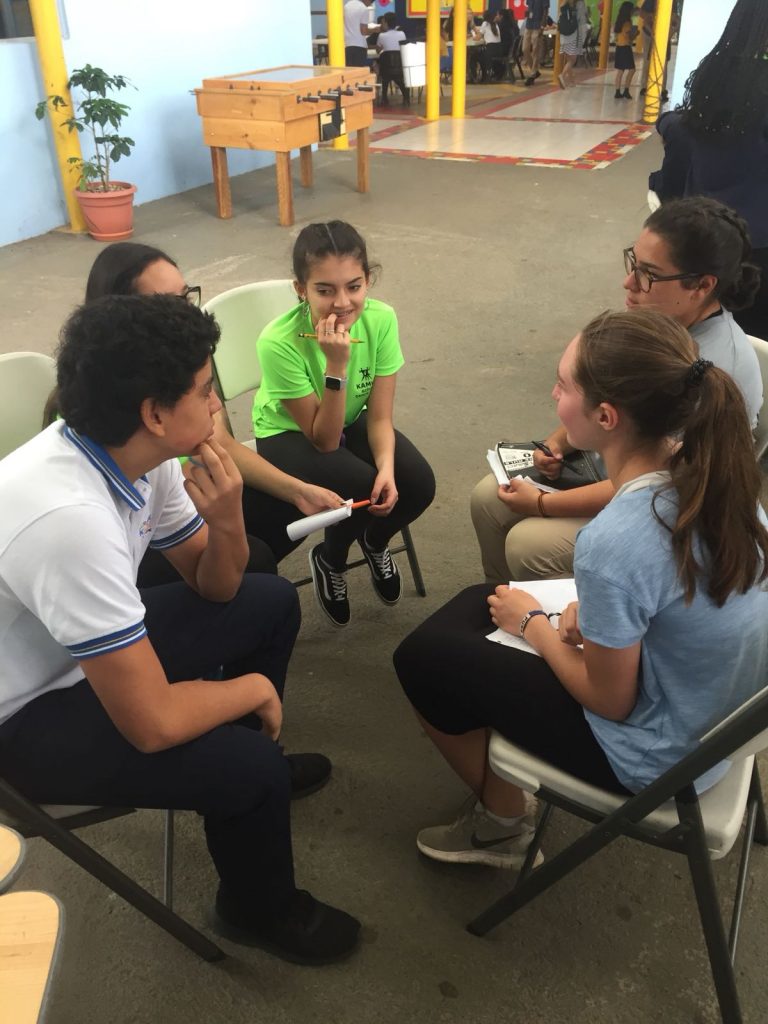 The second day at Kamuk consisted of meeting more students from other English classes and similar activities. In one class, gringo students grouped up with tico students and spoke in Spanish about the state or city that they are from and had to give specific details about that place. Then, the Kamuk students presented to the class in English what the American student had taught them about their home. Another group activity students did was lead a group member around the school blindfolded, with the challenge of directing them in the language they are learning. The day finished up with more visits to a few other English classes. 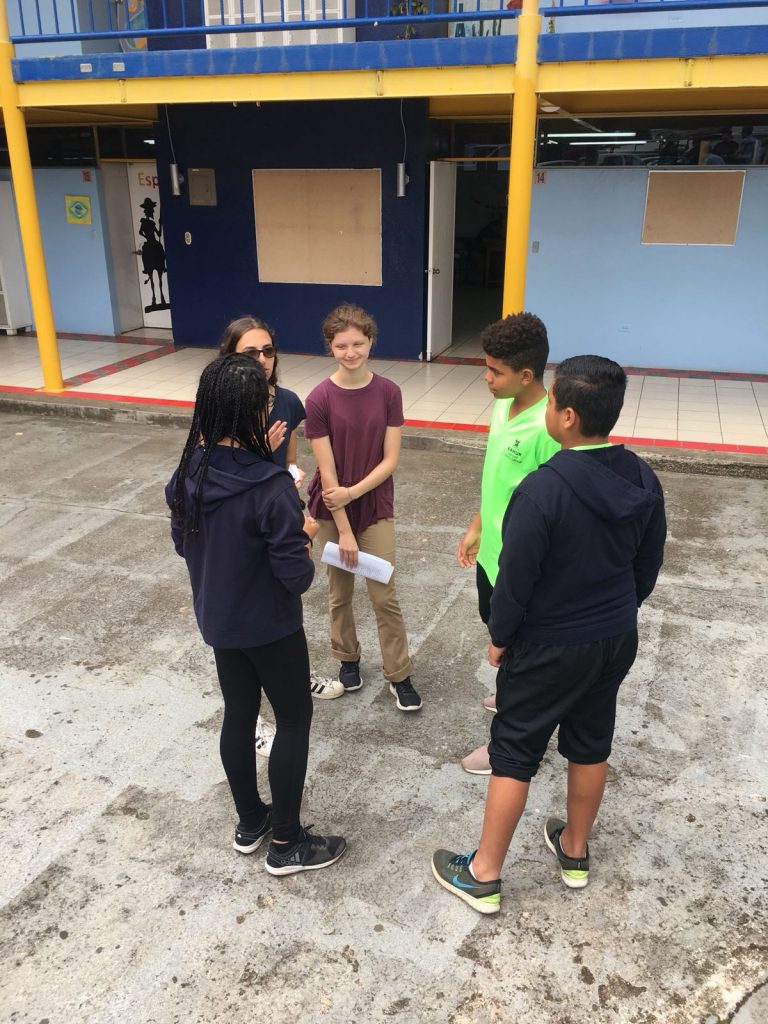 All of these activities challenged the students, but so many of them told us afterwards that it was one of the coolest experiences they had so far in their trip! In the beginning, they didn’t think they were going to be able to talk with the Kamuk students, but afterwards it didn’t seem scary or difficult at all, and they were not only able to talk to the Kamuk students, but connect with them as well! That is what this language and cultural exchange is all about- challenging yourself, learning about people just like you in another country, and realizing you can do things you found intimidating or even impossible beforehand.

Here are a few comments from our high school immersion participants about their experience at Kamuk:

“Going to Kamuk was one of my favorite experiences in Costa Rica. It was really interesting to feel welcomed into a tica school and see the differences between schools in America and Costa Rica. It was also a cool opportunity to meet people our own age and hear their opinions on a whole range of topics when we did the speed dating or just while talking to them on our own time. Eating lunch with a few people I had met earlier in the day was one of the best opportunities to stretch my Spanish muscles of the whole trip. Being in a group of ticos and trying to keep up with their normal lunchtime conversation required me to really push myself with my Spanish and speak in a context completely different from in a classroom or with the group. It was also super fun! We got to know each other pretty well and are planning on keeping in touch and helping each other with English and Spanish after I go home. Overall, Kamuk was an amazing opportunity to meet new people, challenge ourselves with our Spanish and learn more about Costa Rican culture.” 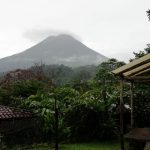 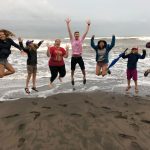